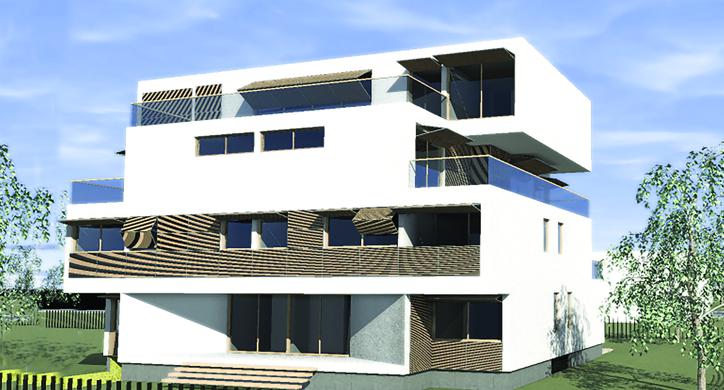 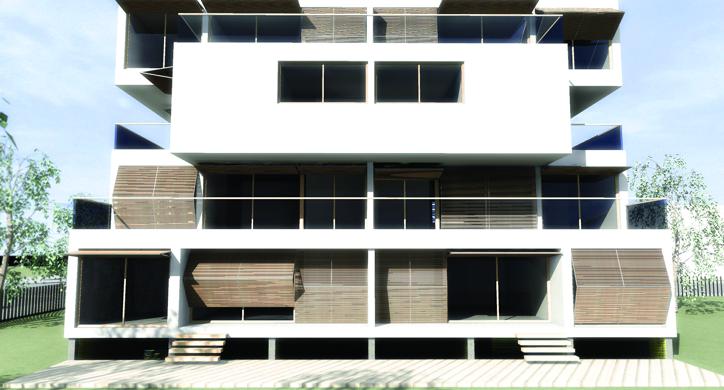 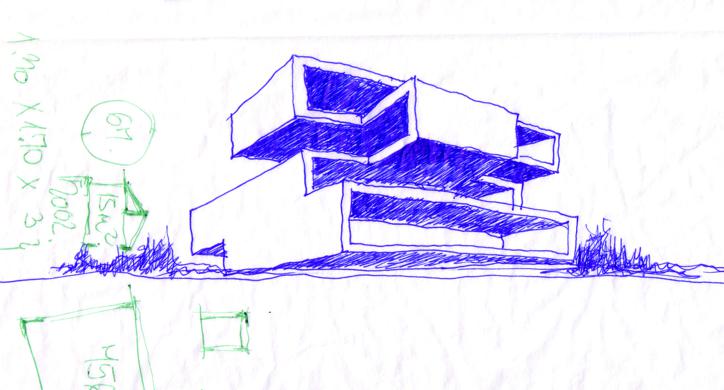 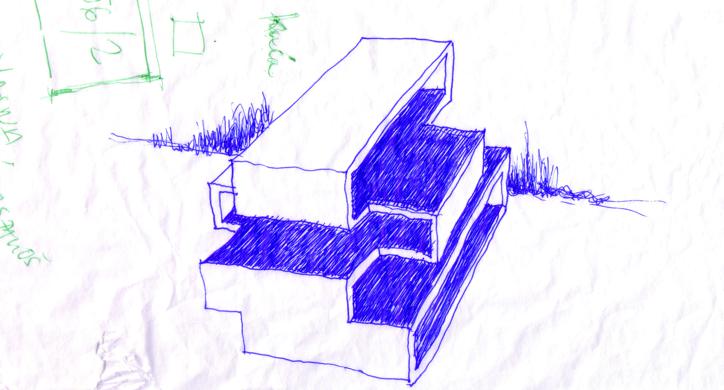 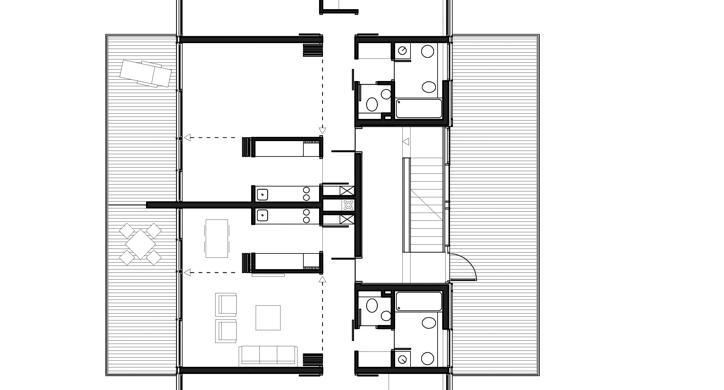 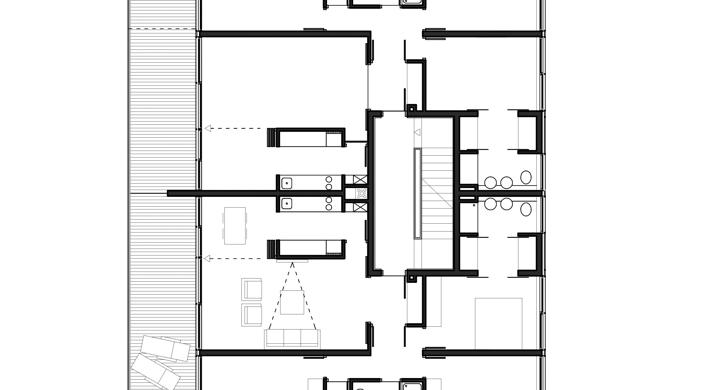 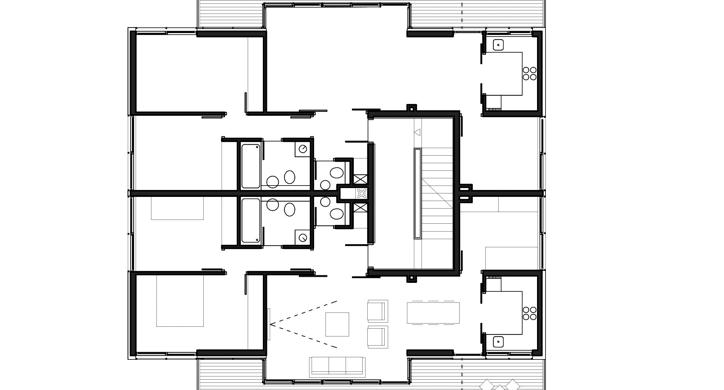 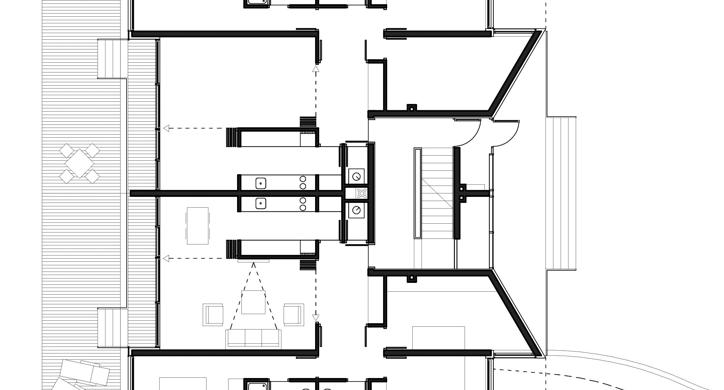 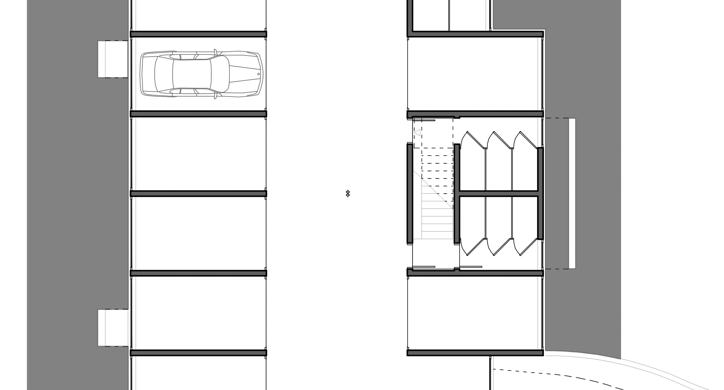 Autor: Vladimir Kasun Bruto površina: 1150 m²
The concept of a residential building located in the immediate surroundings of Lake Jarun in a densely built up urban area has developed and intensified the characteristics of living in individual housing units within a collective one. The extroverted building makes the maximum use of the potential of the situation and of the fine views of the lake; with the articulation of the volume in height, it changes so as to form an open space and an assembly of individualised spaces which protect the privacy of living. Dodging and rotating the base units of this multi-storey building created open terraces thus dictating interior space layout and organisation.

The building is constructed on a simple topographic plot (almost no inclination) through acentral setup and it has four storeys. Via centrally mounted single-flight staircase, one has access to all storeys and living spaces and via access ramp to garages situated in the semi-embedded basement. The layout of flats is a result of the functional definition of space, utilisation of favourable orientation and the shape of the plot. The building consists of eight residential units, three- orfour-room flats; net area of 76–108 m². The roof of the building will be flat, impassable, and the façade of the building will be a combination of plaster façade and a façade coated with wooden rods, in places with horizontal, overlapping brise-soleils. Load-bearing walls of the construction are made of reinforced concrete.