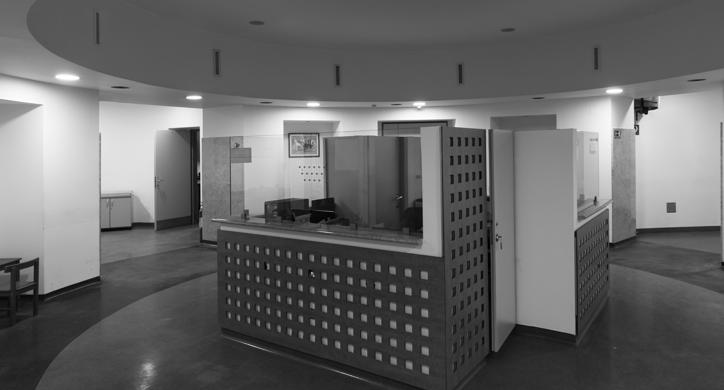 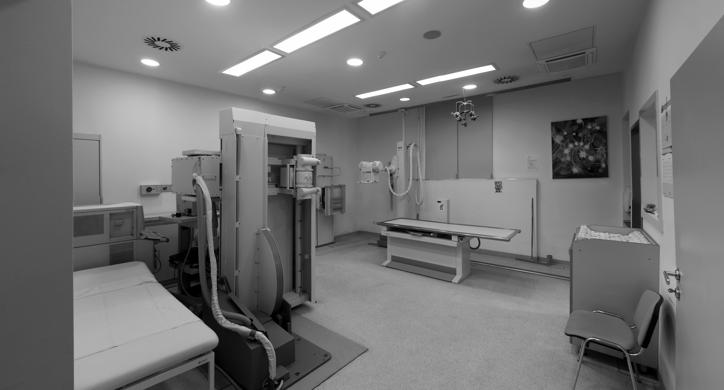 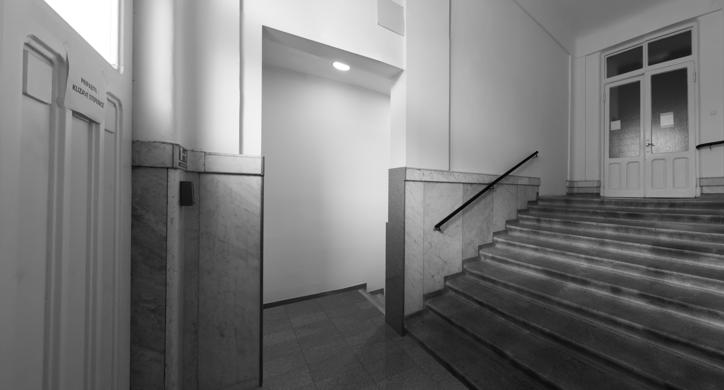 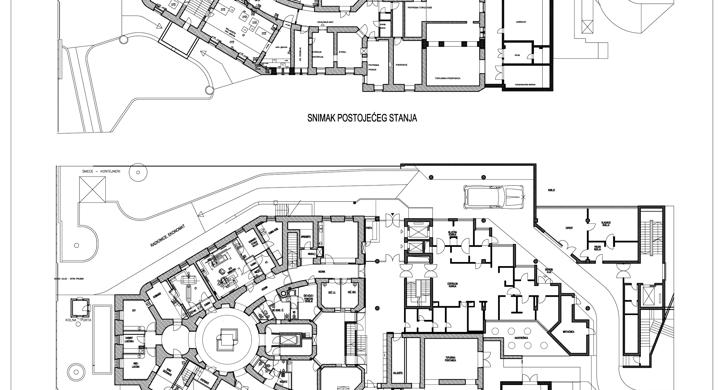 Reconstruction and Conversion of the Cellar of the Sanatorium in Klaićeva 18 (arch. I. Fischer), Clinic for Children's Diseases Zagreb

Autorica: Gordana Žaja
The building was designed as solitaire in the park between Jelisavina Street and the Đure Deželića Avenue of Approach, in the fringe part of the wider center of Zagreb. Today the Sanatorium is part of the complex of the Clinic for Children's diseases Zagreb, situated there after the WWII. Along with the Fischer's two-story building, it is consisted of a five-story in Deželićeva Street, designed by the architect Slobodan Jovičić (1965), by a one-story designed by the architect Vladimir Turina (1954) and four-story backyard wing designed by the architect Mladen Vodička, designed along the north gable of the western wing of the Sanatorium. The total surface of the clinical complex today surpasses 16,000 m2. The Sanatorium was designed as ‘Institute for all surgical andinternal eye, skin and nervous diseases’ with ‘anticipated care for older people and palliative care’ (only people diseased from contagious and mental illnesses were not received for treatment).

The building was designed as asymmetric two-story building of a horseshoe-like layout. The east boom ends with surgery tract; the west wing ends with gable upon which architect Vodička's backyard wing was later built. There is a circular foyer in the central part of the building around which the main contents of the hospital are grouped, from the ground floor to the second floor: luxury rooms for the patients, dispensaries and administration section. The surgical block technologically parallels the then solutions for European children hospitals and is isolated from the rest of the building. The section for physiotherapy as well as the supporting and technical contents were situated in the building's basement – boiler room with storage for solid fuel, engine room, washing room, spaces for assisting personnel. While the spaces of the upper floors are designed in a rich and luxurious manner, the basement story is designed modestly and rationally.
The constant presence of moisture created great problems in the usage of the space, due to lack of horizontal and vertical hydro insulations of the basement walls. It resulted with dislocation of all working spaces from the basement story, and after the construction of the backyard wing of architect Vodička in 1985, supporting contents were put there, such as storages and depositories.

With the very comprehensive reconstruction that ended in 2010, the basement of the Sanatorium got new purpose and now it situates the technologically demanding space for the children's radiology center. The radical construction and craftsmanship interventions comprised the sanation of the moisture in the building, constructive sanation, replacement of all installation systems (water supply pipeline and drainage, electro installation, heating system, air conditioning system and ventilation system). All spaces were designed in line with the particular condition for accommodation of sophisticated diagnostic devices. 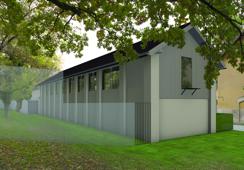 Radovi / Stručni Rad
Repurposing of the Complex of Utility Buildings for Occupational... 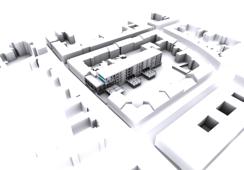