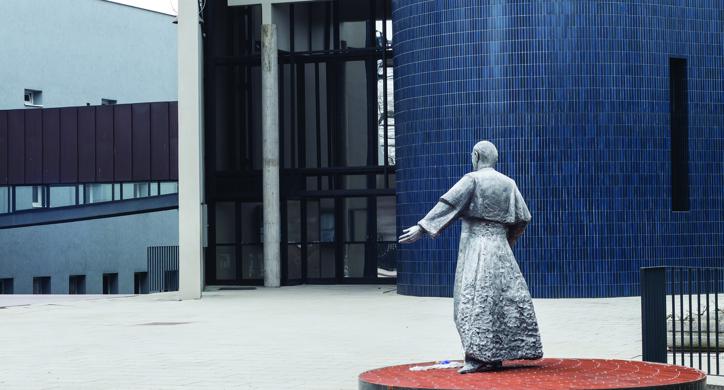 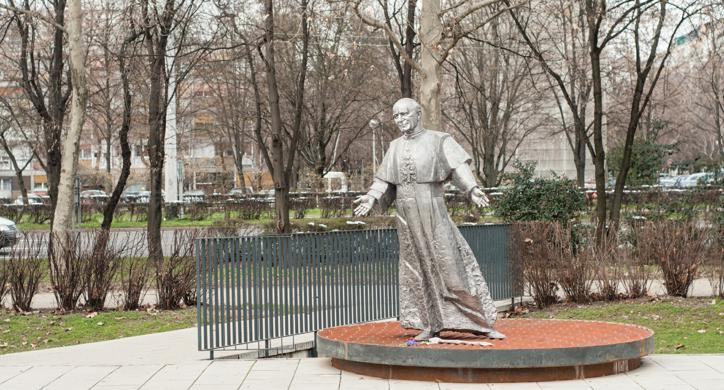 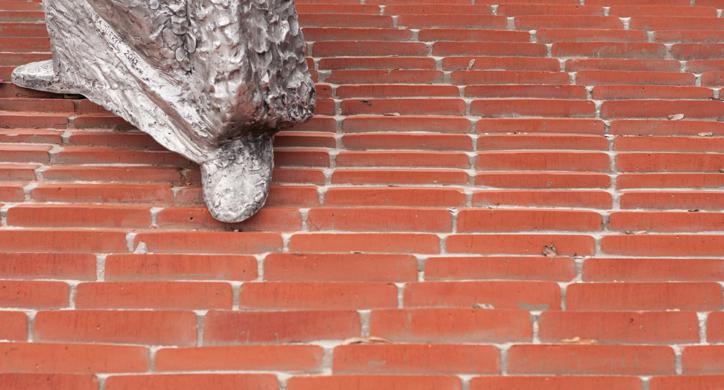 Pedestal for a Sculpture of Cardinal Kuharić, Zagreb, Utrine

Autori: Andrej Uchytil, Renata Waldgoni
Pedestal for a sculpture is the first implementation of the idea from 1991: a diptych print in d=3m (project for the 900th anniversary of Zagreb) A group of citizens has commissioned a sculpture of Cardinal Kuharić from the academic sculptor Ante Jurkić. It was decided that the setting in Novi Zagreb is the optimal one: Cardinal Kuharić had founded new parishes all over and the oldest one is the parish of St. John the Apostle and Evangelist (for Utrinu, Zapruđe and Središće).

The task of the architects was to determine the position of the sculpture in the parish complex space and design a base, a pedestal. The inspiration for the location of the Jurkić’s standing figure in a restrained movement, dancing robes and outspread arms and for the pedestal, we found in the Cardinal's personality and in the definition of a ‘needy’ point. The ‘needy’ point is located on the access square which is at the same time visible for pedestrians from the parish house passage, the entrance area of the church and the bridge over the green semipublic area. We reduced the Cardinal's personality to three features interesting for us: he was close to people and people loved him; he sprouted from the Croatian continental soil and he was persistent in his intentions despite the difficulties.

About the project a 3m diameter circular plate ‘floats’ over the white and green space, filled with soil on which the walk is somewhat difficult. The figure is located in the southwest quadrant, hands facing the passage of the parish house and church entrance. 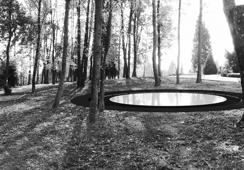 Radovi / Stručni Rad
Visual and Urbanistic-Architectural Design of a Memorial to the... 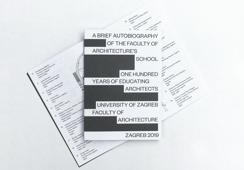 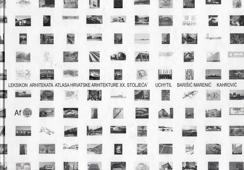 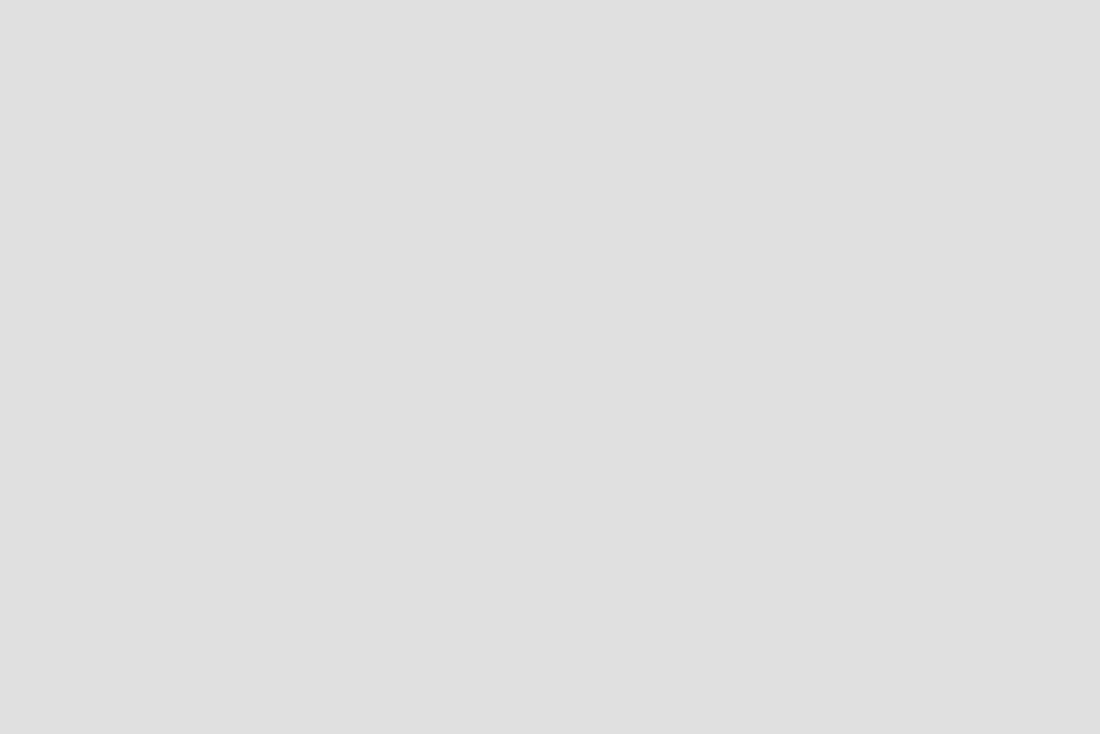